About the talk: One Black Mother's Perspective 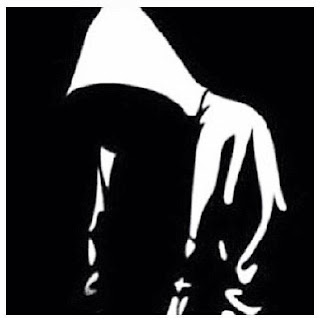 I know this taste of bitterness. It has been force fed to generations of African Americans. It is a dosage of truth, justice and the American way. We are expected to swallow it and do so without question.

I wrote this after taking a long walk on last Sunday to allow myself time to collect my thoughts about the Zimmerman verdict.

This post is not a rehash of the murder of Trayvon Martin or the outcome of George Zimmerman's trial. My opinion about what occurred was formed long before Zimmerman was ever taken into custody.

"The conversation" that Black parents have with our children from one generation to the next has been on my mind over the past five days. It is one of those heirlooms that we all have a piece of within our lives. It is one of those necessities for survival in a hostile environment even though it does not hold the level of power that can fully provide protection for us, it is handed down like a priceless gem.

I have thought about this conversation.  Remembered the contents from my childhood and what it felt like not to fully understand what I was being taught.  I understood that there was an expectation for me to do as I was told. The contents of that talk was reinforced by all the adults that I knew.

When I became a mother and my sons reached that stage of their lives when they were moving away from our home out into our neighborhood and the community, I had the talk with them. The do's and don'ts of conduct if they ran into specific problems with the police and how to avoid other potentially dangerous situations.

After we concluded our conversation I remember feeling a sense of anxiety that felt like it erupted from out of the depths of my heart.  A sense of reality that made a statement that I still find circulates within my thoughts regarding their safety and well-being.

"I honestly cannot protect my children in this society.  Their race and gender marks them as targets."

This thought made me feel very uncomfortable, angry and fearful because it counters the instincts that are universal to motherhood.

Even now, If I hear a story on the morning news about a shooting or some other act of violence, I have the urge to call each one of my sons to see if they are alright even though each one of them are adults.

That sense of being ineffective  still knots up within my thoughts and I have to work to loosen it.

During these times I struggle to calm that sense of fear. I work real hard to rationalize it back down by reminding myself that if something has happened to any of them it is already too late to respond in a mode of protection. I remind myself that they are all family men and I would be contacted before the story hit the airwaves.

But in reality, I am never fully convinced that what I believe to be true is just like I think that it is.  Anyone of them could be tagged as a John Doe or without adequate contact information.


I know that mothers tend to worry about their children.  This is not a solo experience. It is global and there are mothers who live in hostile environments who go through the same type of mental trauma.

This is a disclosure that I have never shared with my sons.  When they were growing up I/we (their dad) dealt with whatever manner of situations came our way.  We all survived those moments in life when chaos, confusion and the agents of domestic catastrophes made their presence known in our lives.

I discovered that the conversation that we had was at best inadequate. A fact that I am sure millions of other Black parents realizes when something occurs in the lives of their children.


That conversation is actually an admission about our collective reality.  We are making a statement about living in a hostile environment that is so painful that we tend to overlook that aspect of it.

We are saying that we cannot protect ourselves or our children from different entities in these United States!

This is a hell of a reality to accept.

We have adapted ourselves to it and we do accept this fact even when we recognize that it is unjust, life altering and forever painful.

The most powerful people in a child’s life are their parents.  Here we are making an admission that is the total opposite of that identity trait. We do so because it is a part of our heritage as Americans.

We are forced to make the necessary distinctions about our status based on race because not to do so is another form of injustice. We cannot allow our children to believe that racism does not exist when we/they know in fact that it does.

We know that when your skin has hues of color it is an open invitation to those who are filled with a true hatred for that very reason to attack.

This is a reality about living in these United States that has a HIStorical backstory.

There are so many stories about what has happened during every era of our time here whether those incident make it into any written publication or not. We know that they exist!

Whenever someone states that we should forget about the past, I find myself questioning how can this be done when we are going through a current situation that is rooted in that reality?

I think that we as a nation of people have been engaged in some phase of Civil War for hundreds of years. Our engagement in this struggle is mislabeled as democracy in action because that sounds more politically correct that a domestic battle over human rights.

If what has occurred in the past is not important than we do we study HIStory?  Why do scholars spend time and energy retrieving facts to put together a narrative that is taught from one generation to the next?

People outside of our race need to realize that if the past is so easily dismissed then we would not have a reason to continue the legacy of having "the talk". We have the damn conversation because HIStory continues to repeat itself!

Posted by msladyDeborah at 12:40 AM