Should lethal force be the first tool of intervention used by law enforcement during a mental health crisis? 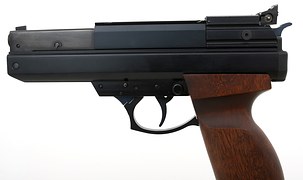 The recent police involved shooting in North Florida where behavioral therapist Charles Kinsey was “accidentally shot” by one of the  officers as he tried to assist a 22 year old man with autism during a meltdown has raised a new level of concern for Black families that have special needs children or adult members. It is possible and justifiable for law enforcement to use lethal force to resolve a non-violent mental health crisis.

There has been considerable outrage expressed over the fact that Kinsey was shot while lying on his back with his hands up by an officer who initially had no idea why he decided to fire his weapon. Not enough outrage has been expressed over the fact that after meeting with union representatives the story changed and the "accidental shooting" occurred because the officer was trying to shoot the 22 year old man because he felt that Mr. Kinsey was in danger during the meltdown.

This generated excuse is an insult to the intelligence of anyone who has seen the footage of this incident. The young man was sitting on the ground next to Kinsey with a toy truck in hands. He was not making any threatening moves towards Kinsey or the police.

My middle son expressed his concern after reading the explanation given for the shooting. He is the father of a son with autism.  He is very aware of how important advocacy is for his son's overall well-being. The idea that his child could be shot during a meltdown did not set well with him or with our family.


Moving the focus off of race and onto the special needs aspect of a Black individual is a backdoor excuse for implementing the same policy of shooting as an acceptable way to end an encounter between citizens and officers.

The first question that I find necessary to raise is how did this officer actually assess this situation? Kinsey made it clear that he was dealing with a mental health crisis. That is what a meltdown actually is; a moment when an individual cannot process what is happening and is expressing their inability to do so. They have lost self-control and need help regaining a sense of calmness.

Lethal force as the first and only tool of intervention is not a solution that we should settle for in a situation where special needs people is involved.  This was a mental health situation and should have been handled in that manner.

Neither Kinsey nor the young man was engaged in any form of physical confrontation with each other. Neither one of the two of them was making any moves towards police, so what actions were deemed as threatening? This needs to be clearly explained because quite frankly, I didn't see a reason to fire a weapon "accidentally" three times as a resolution to a non-existent situation.

According to information about this incident, police were called with a report that there was a man threatening to commit suicide. This is definitely a mental health crisis and whatever encounter that was going to occur should have been based on this reality.


Once the officers arrived on the scene and the situation was explained by Mr. Kinsey was there a need to continue to consider using weapons to help defuse the situation? There was no weapon in the hands of the 22 year man, so what was the real danger here?

Mr. Kinsey was very clear about what was going on while trying to  trying to protect himself and the resident from being harmed because he recognized their mutual vulnerability as two Black men in a situation where officers already had their weapons drawn was the real danger.

It is obvious that neither officer had any training prior to this incident about how to deal with mental health related issues. I base my statement on how the officers did not respond once the explanation was given about what was going on. It would have made more sense to holster their weapons and allow Mr. Kinsey to work on deescalating the situation. He identified himself as a professional who was in charge of dealing with the crisis.  The officers made no allowances for the deescalating process to continue to determine if it was working. Nor was any attempt made to call for any assistance from mental health resources within the community.

Once again I must question why lethal force was the first choice to resolve the crisis?

There is no sustaining evidence that Mr. Kinsey was in any immediate danger from the resident's actions. Was shooting actually the most reasonable way to end the situation? I find that difficult to accept because there is a considerable amount of research and training available on how to handle a mental health crisis without resorting to shots fired. These techniques are used by families, in classrooms when teachers are properly trained on how to implement them, and also by mental health specialist as a non-violent form of intervention. Not one move made that day indicates that the officers knew or wanted to have the best outcome for Kinsey or the 22 year old man.

I know what a meltdown is like when it is on full blast. I am the grandparent of two children with autism.

Having children within our immediate family who have autism has required our entire family to do some serious re-thinking about how we should respond during those moments when they are not processing what is happening well. We have had to educate ourselves on what is reasonable during these moments as well as offer support each other's efforts to defuse the situation.


I have dealt with some form of this problem within my family and also in my classroom. It is difficult to reason with the person who is upset and out of control, but it is not impossible. It does require patience and the use of support techniques to help individual to calm down. Threatening does not work because it just escalates the problem. Using prescribed techniques is the preferred approach. It's not easy but it is doable.

The reality that lethal force was the first choice of intervention tools during a mental health crisis is just another layer of concern about what could possibly happen if our children with autism were to have an encounter involving law enforcement. This incident has made it necessary to inquire about what policies are in place in my hometown and what type of training if any has officers received to handle mental health crisis that are non-threatening

The idea that using lethal force or excessive force on a special needs person is good crisis intervention is an indication that the diversity training program in North Florida needs to be reviewed and clear policies need to be drawn up on how an officer should proceed during a mental health crisis when there is no evidence that anyone is in harm’s way or danger.

As we continue to advocate for an end to policing that results in “accidental shootings” and immediate death sentences for Black people we have to insist that any new policies include procedures on how police should respond when it is obvious that a mental health crisis in progress. We must also demand that when officers use lethal or excessive force in this type of situation be held accountable for using an inappropriately response.

Lethal force as the first and only tool of intervention is not a solution that we should settle for in a situation where special needs people are involved. We have to be aggressive advocates for the rights of Black people with special needs as a part of inclusive advocacy for all of us.

Posted by msladyDeborah at 4:20 PM