Making that turn around the corner 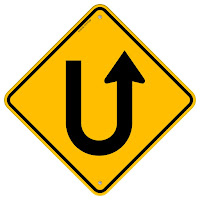 It is time to turn the corner so I can move forward.


In order to make that happen I have to take a step back and retell a personal story the way that it needs to be told.

He had also spent that same amount of time keeping his health status a secret from me and our sons. Even though I had suspected that he might have become infected I did not receive confirmation until his death certificate was issued.

The reality of how he handled his affairs has been a real difficult situation for me to just accept without feeling angry. I am sure that he was concerned that we would reject him once he disclosed that he had become infected. I find the idea that he did not trust any of us enough to disclose his condition to be a lack of trust in our capability to love unconditionally.

That is a difficult notion for me to embrace because our relationship spans forty years. Even after our marriage had ended we had managed to reach a point where we were friends again. Our relationship was not like it once was but it was decent, respectful and peaceful.

I resented the fact that he left me with the task of telling our sons about his health condition. They had questions that I honestly could not answer. Like me, they have expressed feelings of anger and sadness over his refusal to disclose to them. I don’t know if he realized that his decision would be very painful for our children.

I do not want to become an evangelist for this particular cause. At this point in time there is adequate information about how to have safe sex, where to go to get tested and why it is important to know your status. Robert's death reminded  me that even though the information is available there are going to be people who will not use it wisely

I have finally made peace with this aspect of his death. I cannot change what he decided to do about withholding information. It would not have changed the outcome for his life. All I can do at this point is continue to live each day of my time and try to remember that he was not always ill and struggling to live. Also that we had a relationship as friends, coworkers, parents and grandparents that contain some very valuable memories of the time that we shared together.

Posted by msladyDeborah at 5:34 PM